Welcome to the second part of our oVirt API manipulation via Ansible guide!

I guess you’ve already gone through the first part, played around with Ansible on your own and waited anxiously for the second one (Noooot). Or maybe you’ve already found a way to use Ansible and create your own VM’s automatically after cursing for losing time reading the first part which was useless in your case! :D

But waiting time is over!!

To get a reminder of what our goal is and what we are gonna try to achieve in this project, check below picture 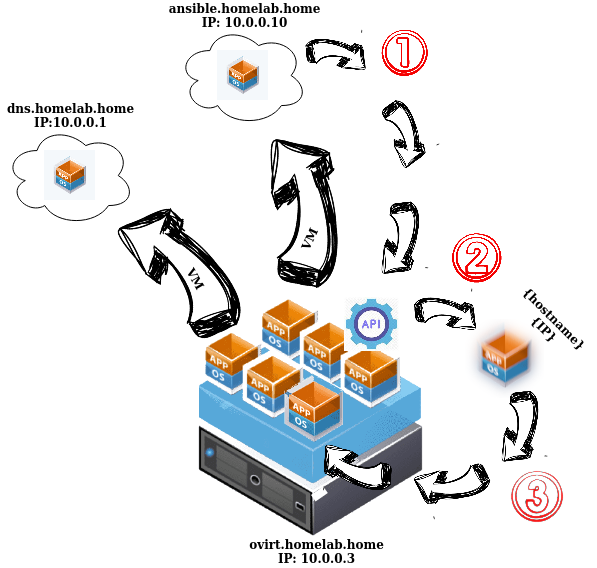 and for a more detailed explanation head to the relevant post.

In the first part we managed, as an example, to get a list of our active VM’s and their snapshot description. Now we will head directly to the interesting part without wasting any more time.

I assume that you have basic understanding on how Ansible works by now, and if not head to the first part to find useful informations and links.

But just as a reminder in order to be able to connect to the remote host you need an inventory. This is an essential part of the initial configuration, otherwise you will end up with below output if you try to run your playbook:

After making sure you have a correctly configured Ansible environment, we are ready to proceed.

Create our first VM via Ansible

Open your favourite terminal and paste the command below so as to create the playbook ovirt_create_vm.yml which will be used to connect to oVirt and automatically instruct oVirt to create our next VM for us !

Easy right? I think it’s much more straight forward than the list VM’s playbook that we used in the part one .We are going to breakdown and explain each task as good as possible.

Let’s see what we have configured!

Before running our playbook let’s make sure that IP 10.0.010 isn’t already used by any other VM,

It’s probably the first time that I got so much pleasure from 100% failure.. and we are good to go! Open your favourite terminal and run your creation playbook:

and check the output:

If everything is configured correctly you should be stuck in the “Run VM with cloud init” task which for now looks promising! It means that something is at least happening in the background.
Let’s connect to our oVirt GUI and see what is Ansible doing, login and head to the Events section.

What a sight for sore eyes! oVirt was instructed to create a new vm and as we can see above, and apivm is now being prepared! We can check the progress in Compute -> Virtual Machines.

The VM has already started and we can successfully login via console! 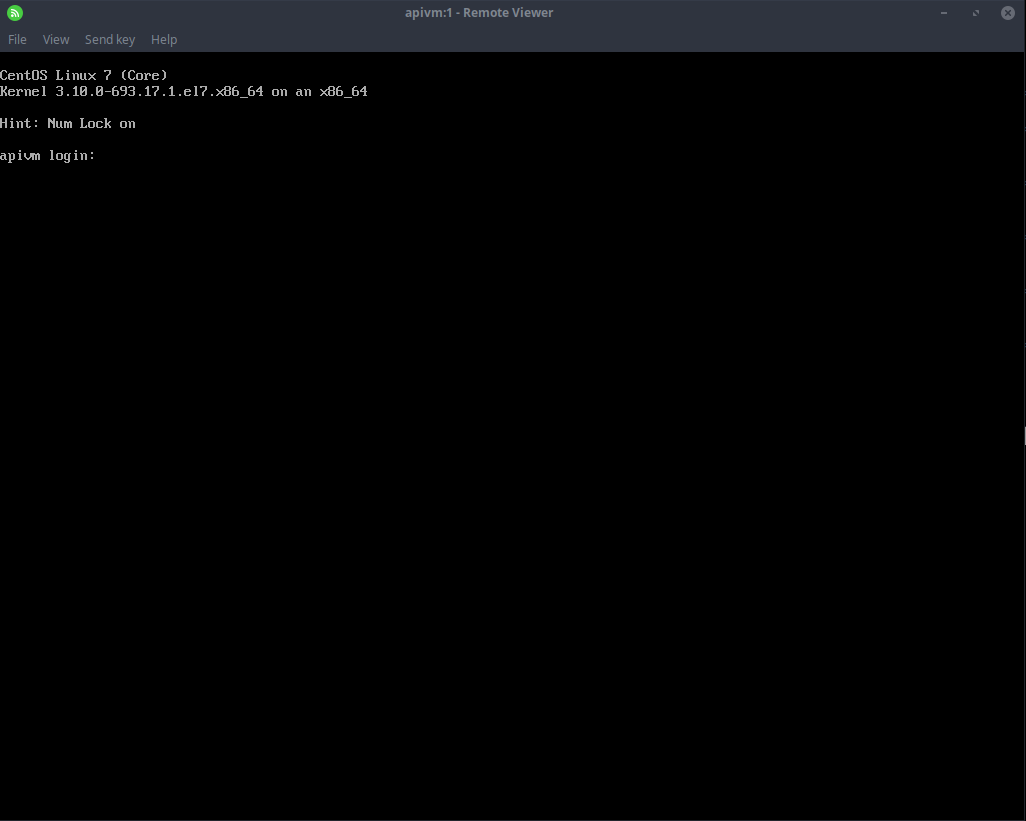 The VM is added to our network and we are able to ping it and connect directly via SSH instead of having to check which IP would have been assigned to our VM via console.

In the meantime and after having created successfully the requested VM, the playbook continued by revoking the SSO token that we have created in the second task!

Playbook finished it’s job and the recap informs us that that all 4 tasks run successfully and 1 change was applied!!

Strangely everything worked out exactly as planned!! 😂 🥳

The next playbook is the one that will conclude the second part and we will be used to shutdown the VM that we created in the previous section.
Open your favourite terminal and run below command that will create ovirt_stop_vm.yml :

In addition with the previous ones , i can safely say that the above playbook is quite simple. The only point to keep in mind regarding the state handling above is that the ovirt_vms module doesn’t support restart, at this point of time at least, and the available states are: absent, next_run, present, registered, running, stopped, suspended. So in case you want to restart a VM you need one more task , with state: running!

Let’s run it and put our new VM to sleep until the third part of this awsome series arrives! 😉

With the successful run of this playbook, the actual task of manipulating the oVirt API in order to create our new VM via Ansible, is now completed! Head to your infrastructure and happy automating!!

I hope that I managed to explain, or at least make a bit clearer, what is an API, and how to interact with it with the help of Ansible automation tool.

I think that both a beginner and an intermediate user can find very useful information’s for getting started or dig deeper to get the most out of the oVirt REST API by extending the provided playbooks to create storage pools, new hosts, network profiles ,users and many more.. automatically!

As Ansible is a huge chapter, I will use the momentum to stay a bit longer in the automation area and use the next post to experiment with tasks that can be run directly on the remote server and create playbooks that will act as a “single source of truth” in our infrastructure.

We will see how to disable services (that I don’t like 😆) , copy our own configuration files, use a bash script to wrap everything around it and see how we can pass pass extra variables to our playbooks!